NOTE: This was supposed to go up earlier today. I just realized it hadn't been posted, and discovered that I'd accidentally scheduled it to post at 11:30 p.m. instead of 11:30 a.m. D'oh! 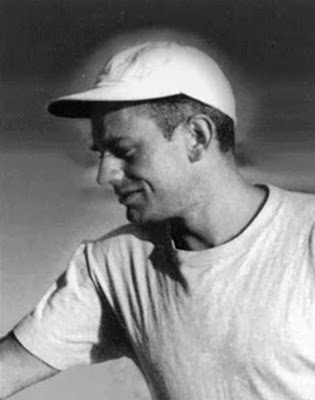 Today would have been Bill Finger's 100th birthday. Unfortunately, there's a good chance you've never heard of Bill. that's due to a number of circumstances, chief among them the way he was consistently marginalized and screwed over by his frequent collaborator and "friend," Bob Kane. Does that name ring a bell? It most likely does, and more's the pity. Credited with the creation of Batman, one of the most popular and beloved characters in the world, Kane is actually the man who should be no more than a footnote in comics history, not Bill. These are bold claims, and fortunately, there are mountains of evidence to back them up. I won't recount all of it here, because frankly, it's been done far better here. There are many places across the web where you can find evidence of details of exactly how Bill was cheated at every turn by Kane, but that is definitely one of the most damning collections.

I also highly recommend the book Bill, the Boy Wonder by Marc Taylor Nobleman and Ty Templeton. The research that went into this book is astounding, turning up all sorts of new information. It's also a very even-handed portrayal of exactly what went down between Bill and Kane. (Many would argue that it's far too nice to Kane; the authors definitely took the high road there.)

Speaking of Templeton, the fan-favorite artist recently did a wonderful piece demonstrating exactly what kind of character we would have had if Kane had truly created Batman on his own, without Bill's involvement. Check it out here.

Since this post is going up late, I'm able to add this: I've been made aware of this project by Athena Finger, Bill's granddaughter. A film documenting the true story of Batman's creation, and celebrating Bill Finger and his legacy, is long overdue. It's less than $10,000 away from being fully funded, so by all means, go and donate something, even a dollar, if you're so inclined. I know I look forward to seeing it!

Posted by Waylon Piercy at 8:02 PM