I'm taking a break from working on my next book for this week's post, so it'll be a pretty short one. 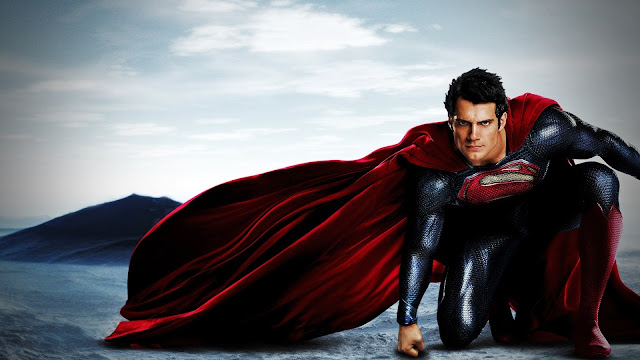 We saw Man of Steel last night, and it is pretty awesome. Performances are fantastic across the board, Hans Zimmer's score is amazing, and WETA continues its streak as the best digital effects studio in the business. Russell Crowe is a standout, bringing so much pathos and dignity to Jor-El. I was very pleased that he has so much screen time. There is no post-credits scene, however, so don't bother waiting. I recommend the movie highly, so make a point of going to see it this weekend. Man of Steel is the Superman movie we've all been waiting for.

Much of this week has been consumed watching all the videos from E3, where Microsoft was the victim of a sound kick in the nuts by Sony. I was more interested in seeing what Microsoft brought to the table, since we'd seen little of the games that are on the way for the Xbox One. Micrsoft did have a very strong presentation, showing off tons of exclusives. Most of them are interesting, and a few look truly awesome.
Still, the specter of the announcements that the Xbox One will require you to check in online once a day to play your games, and that publishers can disable the option or charge a fee to play used games cast a pall over everything. When the $500 price tag was revealed, it didn't help matters.

Enter Sony. After a decent conference, they dropped a sequence of bombshells: The PS4 requires no internet check-in. Ever. The PS4 has no restrictions on used games. On top of all that, the retail price is $399, a full hundred dollar less than the Xbox One. Without being burdened by an expensive new Kinect, Sony is able to undercut the Xbox One significantly.

The upshot of all this is that the PS4 has been enjoying a massive surge in popularity, and many longtime Xbox loyalists are even jumping ship. Personally, I've gone with the Xbox for the past two console generations, but I'm no fanboy with some misguided sense of company loyalty. I always evaluate what is available and go with what fits me best. That was the Xbox the last two times around, but not this time. Sony got pretty arrogant and made some bad decisions with the PS3, but they've learned from those mistakes, and built a new console that is exactly what their customers want. Meanwhile, it seems that Microsoft has only been interested in building the console they want.

Microsoft is not doing anything with their new console that Valve hasn't been doing for years with their Steam platform, but until they demonstrate that these restrictions will also bring the positive aspects of Steam as well as the negatives, I won't go near it. I preordered a PS4, and I'm looking forward to it.

A couple of quick Reddit links: Bill Nye did an AMA, and so did Hans Zimmer.

That's it for this week! There should be a new Trash Rant next week, and hopefully some news about the new book.
Posted by Waylon Piercy at 11:30 AM