This is what happens...

... when you try to fuck with Keldor the Unbroken.
As Keldor, the sinister Dark Elf battlemage, I was exploring the countryside, gradually making my way to Markarth for a Dark Brotherhood mission. After killing some Thalmor scumbags, I went poking around in the menu and noticed that I had picked up a small bounty somewhere along the way. Naturally, the next small settlement I came across had a guard posted, and he immediately came running toward me. The fine was small enough that I figured I'd just pay it, so I went into my inventory before the guard reached me so I could drop all the stolen items I had on me. (Stolen items are confiscated when you pay a bounty off or go to jail. How a pissant guard can recognize something you stole on the other side of the continent is beyond me, but there it is.)

So, I pay my fine to this jackass, and then remember that I have to go to the nearest city with him. The game loads, and I'm in the middle of Markarth! I quickly run back to where I dropped all my stolen items, and begin picking them back up. Oddly, a ring of them was suspended in the air, and would drop to the ground as I walked into them. A few items never did drop, so I suppose they're still hanging there. I should go back and check on that.

I decide that, for inconveniencing me so greatly, this asswipe guard needs to die. So, I walk over to the mine entrance he is guarding. Some douchenozzle in a puffy white shirt starts talking to me, but I ignore him and go stand by the guard. I figure Nozzle has to go into the house at some point, and I'll be able to take care of the guard without any witnesses to deal with.

Several in-game hours pass, and Nozzle is still hanging around. I go talk to him, and realize he is involved in a quest focusing on that mine, so he's probably not going anywhere. "Fuck it," I said eloquently to myself," I'll kill him too." The guard dies quickly with the one-two punch of a fireball and my sword in his face, and then I turn to chase down Nozzle. I lob some flames at Nozzle, and his knees buckle as I swing my sword. This leads to one of the most badass finshing move animations I've seen in the game; I plunged my sword through his chest as he bent over backwards, and basically pinned him to the ground like a prized butterfly.

I figure Nozzle's part is done, but I'm still not finished with that asswipe guard. I take everything he has, including his uniform and his douchey helmet. (It was at this point I got the idea to document this with photos; since I don't have the game on PC, I can't do hi-res screencaps, so my rather crappy photos will have to suffice.)

I drag him to the top of the rocks nearby... 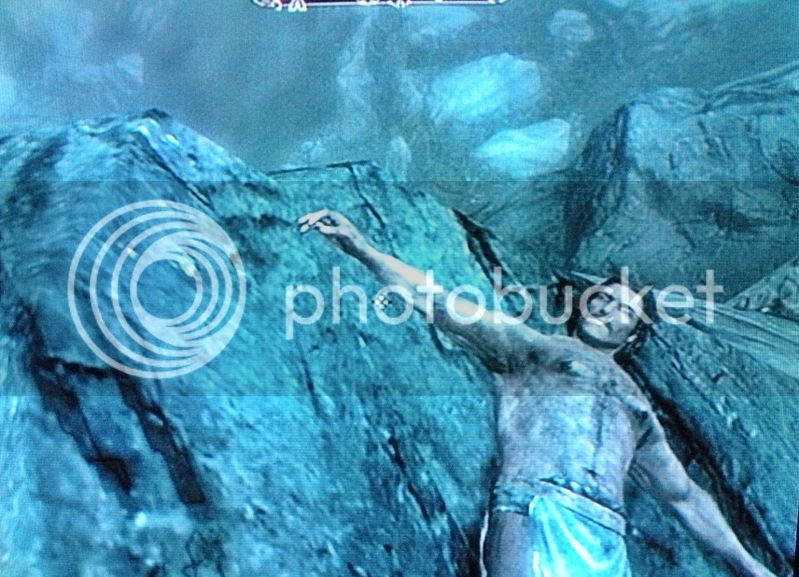 Drop him off the cliff... 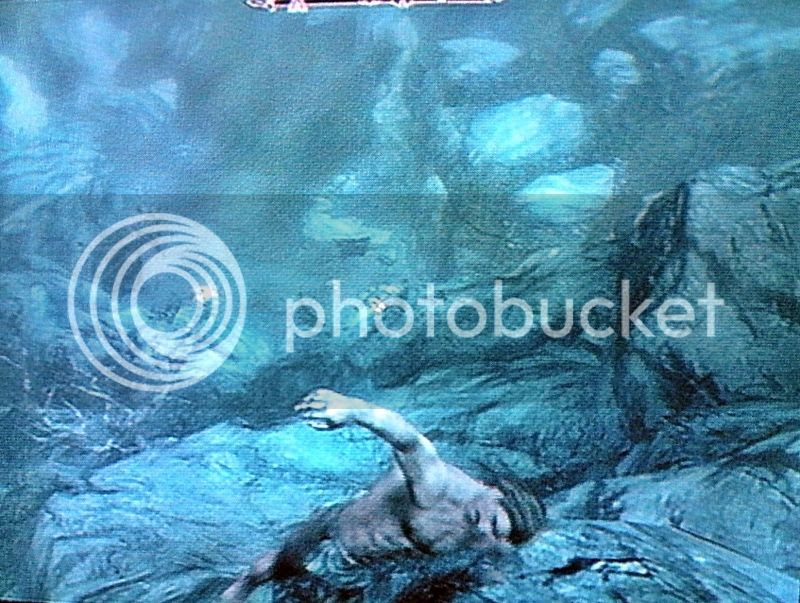 And I lob some fireballs after him for good measure. 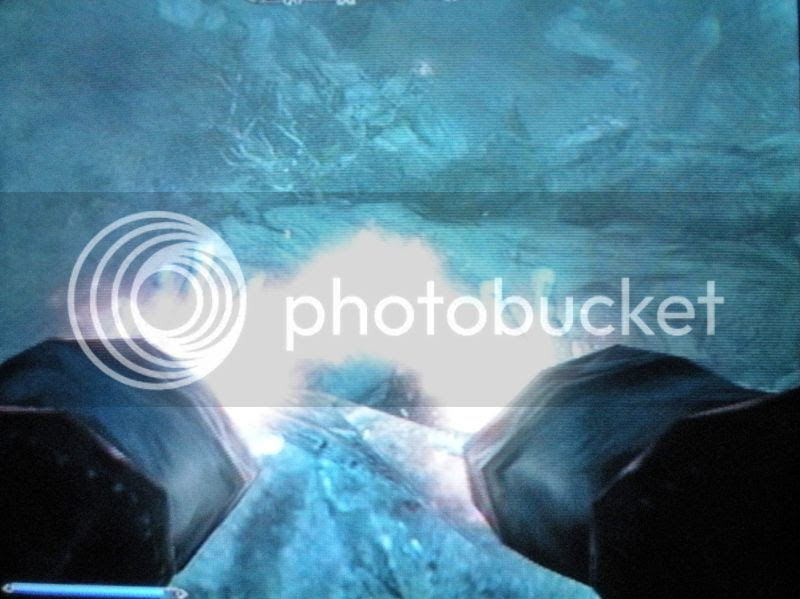 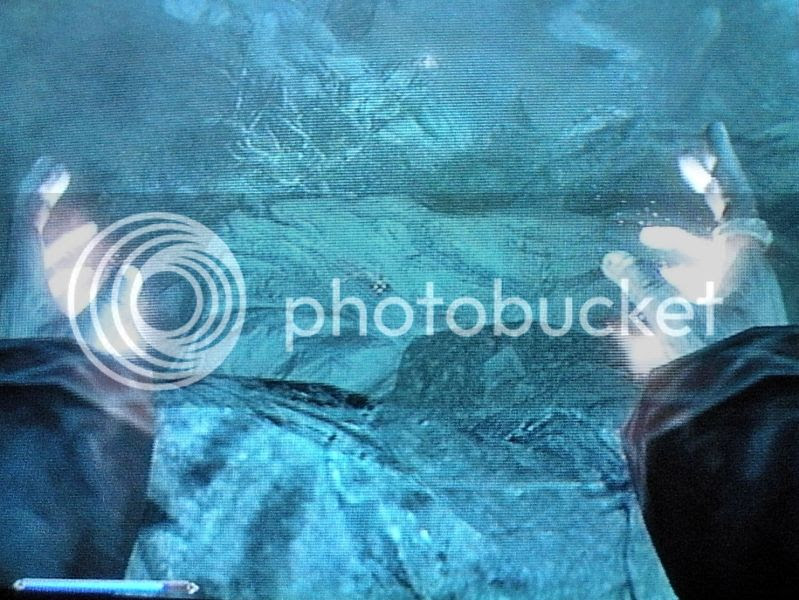 Just a fun little diversion in my Skyrim day!
Posted by Waylon Piercy at 1:30 PM