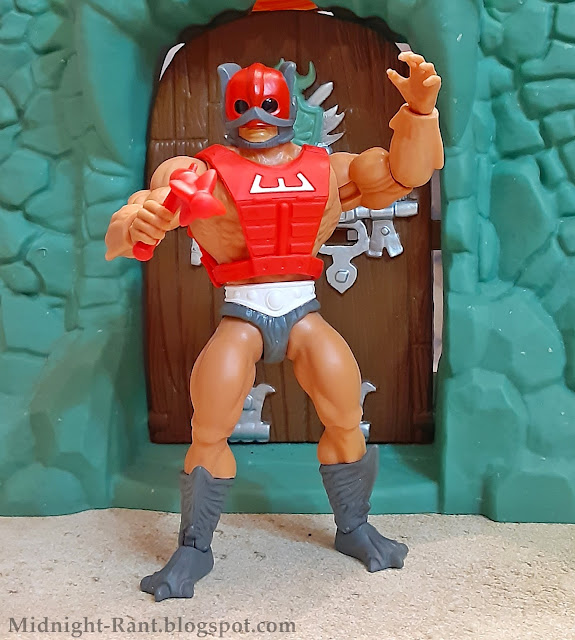 Quite possibly the most enigmatic of all MOTU characters, Zodac has been portrayed as a hero, a villain, and something in between. In at least one early document, he was explicitly described as a bounty hunter. Ultimately, he was deemed neutral. For many children of the '80s, this was how we learned what the word meant! As a cosmic enforcer, Zodac has generally been portrayed as immensely powerful, seeking to ensure that the balance of power between good and evil is never tipped too far in favor of one or the other. Often depicted flying around in a cosmic chair a la Metron of the New Gods, he never wears pants, despite the vast coldness of space.

The sculpt is the same rather odd hodgepodge of parts from other figures, as with the vintage toy. The level of sculpted detail remains good, with some particularly nice detailing on the scaly boots and the hairy torso. The head is new, and follows the line's M.O. of replicating the vintage design with slightly sharper details, for the most part. There are a couple of spots where things are a bit soft, such as the notch or "buckle" on the right jaw. The back of the head has some different design elements, notably a small hole near the top of the helmet that I've certainly never noticed on any Zodac figure before. I have no idea what purpose it's meant to serve; it just seems to be there for no apparent reason. 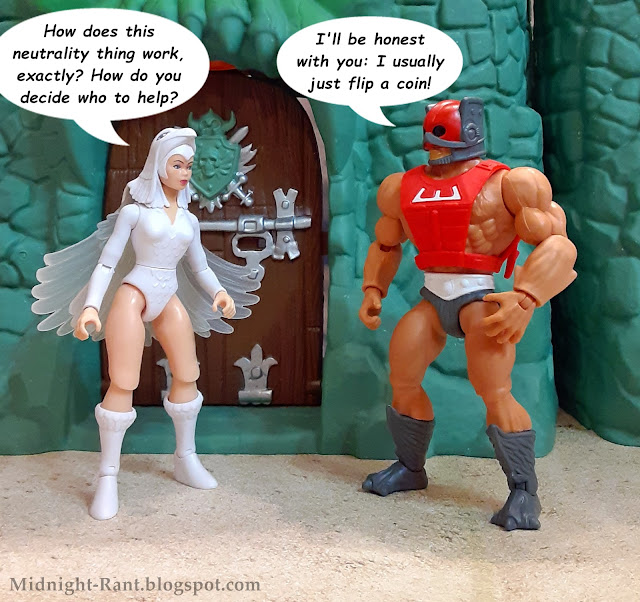 What few paint apps there are have been applied neatly, particularly the exposed area of the face. The black eyes have a gloss sheen, lending them a goggle-like appearance, which is a nice touch. Zodac has the usual articulation, with swivel & hinge shoulders, elbows, wrists, hips, knees, and ankles, swivels at the waist and boot tops, and a ball-jointed head. This remains a very nice articulation scheme that is loads of fun to mess around with and pose, and the joints move easily and hold poses well. They still pop apart at the usual spots for easy swapping, though as always, I recommend heating the elbows, hips, knees, and ankles, before popping them apart. 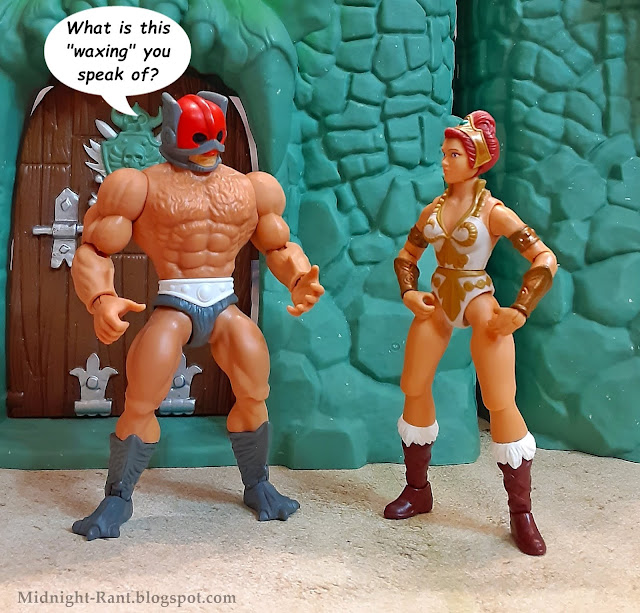 Zodac's accessories are his usual pistol and armor. Both are pretty close to the vintage designs, with a few slight differences. The armor deviates more than the pistol, most notably with the size of the cosmic enforcer emblem on the chest. It's much thinner than we've seen on other Zodac figures. The sculpting is also noticeably softer in a couple of areas, most notably on the straps that run on either side of the waist. Where the vintage figure had some large bullets sculpted here, the Origins version simply has a featureless line. This was one of those cool little details that enabled you to use your imagination and come up with your own explanation, thus broadening the mythology of the character and the world. It's a shame to see that the design team didn't see fit to include it here. It also would have been nice to get some gun blast effects or something, as this is another figure with heavy parts re-use that feels mighty light on accessories. The wave four minicomic is also included. 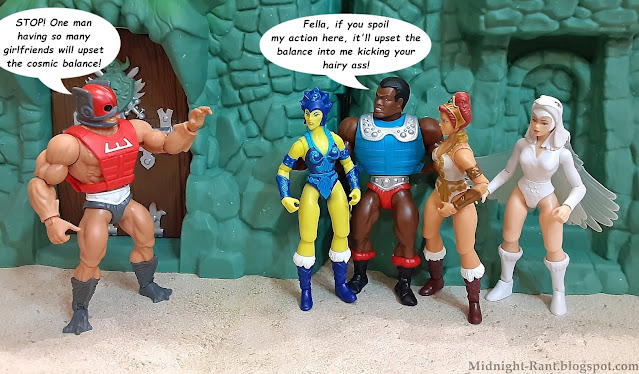 With his relatively bland design and color scheme, Zodac isn't the most exciting figure. The air of mystery that still surrounds him lends him a certain cool factor, though, and for fans of the original 8-back, he's absolutely essential. As someone who's always gravitated toward the early MOTU mythology and cast, I'm happy to have him show up in the line so early on. He's not the most amazing figure in the line, but he's solid, and having this armor and head offers ample opportunity for customizers eager to create their own army of cosmic enforcers, so there's that! Whether you plan to make him a member of Skeletor's army, induct him into the ranks of the heroic warriors, or just have him hang out with the Sorceress in Castle Grayskull, Zodac is a worthy addition to the MOTU Origins lineup. That's it for today, but ride your cosmic armchair back over here in three days for more! Until then, stay safe out there, and happy hunting!
Posted by Waylon Piercy at 11:30 AM